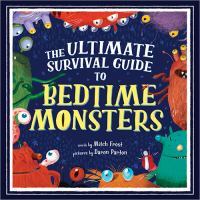 Book
Scientists from Goodnight Labs present ten simple steps for chasing away a wide variety of bedtime monsters, such as whispering jokes to them so they will go tell their friends.