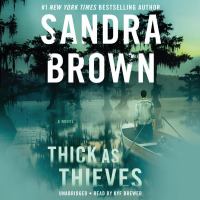 Arden Maxwell, seeking to learn her father's involvement in a twenty-year-old heist that ended in murder, runs afoul of his accomplices.