The night swim : a novel 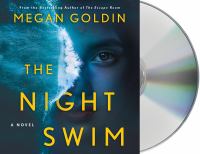 After the first season of her true-crime podcast became an overnight sensation and set an innocent man free, Rachel Krall is now a household name and the last hope for thousands of people seeking justice. But she's used to being recognized for her voice, not her face. Which makes it all the more unsettling when she finds a note on her car windshield, addressed to her, begging for help. Under pressure to make Season Three a success, Rachel throws herself into interviewing and investigating a current rape case at trial, but the mysterious letters keep showing up in unexpected places. Someone is following her, and she won't stop until Rachel finds out what happened to her sister twenty-five years ago. Officially, Jenny Stills tragically drowned, but the letters insist she was murdered, and when Rachel starts asking questions, nobody seems to want to answer.