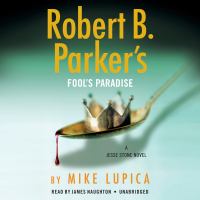 When a body is found at the lake in Paradise, police chief Jesse Stone is surprised to find he recognizes the murder victim. The man had been at the same AA meeting as Jesse the evening before. But otherwise, Jesse has no clue as to the man's identity. He isn't a local, nor does he have ID on him. Their single lead is from a taxi company that recalls dropping off the mysterious stranger outside the gate at the mansion of one of the wealthiest families in town.