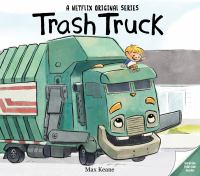 Based on the Netflix original series and inspired by a true story, this picture book is perfect for little fans of big trucks! When Hank, a six-year-old boy with a big imagination, meets his best pal, a giant honking, snorting Trash Truck, things will never be the same.