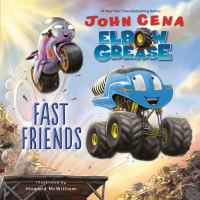 Monster truck Elbow Grease and his brothers meet a monster-cycle, Chopper, and hope to be her friend--until she proves to be faster, smarter, and more capable than they are.