The secret : dare to dream 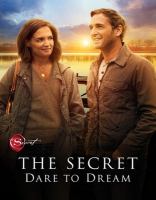 Blu-ray
Scheduled release date: September 22, 2020.
Miranda Wells (Katie Holmes) is a hard-working young widow struggling to raise three children on her own. When a powerful storm brings a devastating challenge and a mysterious man, Bray Johnson (Josh Lucas), into her life, his presence re-ignites the family’s spirit, but he carries a secret—and that secret could change everything. - Metacritic