Everything awesome about sharks and other underwater creatures! 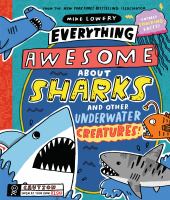