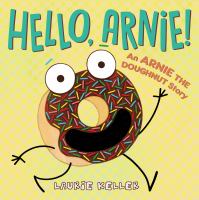 Arnie knows all the doughnuts in the bakery, but he and the others are puzzled by the giant round maybe-doughnut (or maybe not doughnut) that Mr. Baker Man has just put on display.