The Princess in Black and the giant problem 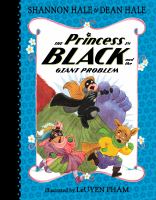