To sleep in a sea of stars 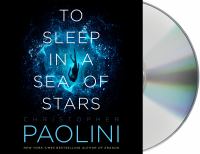 During a routine survey mission on an uncolonized planet, xenobiologist Kira Navarez finds an alien relic that thrusts her into the wonders and the nightmares of first contact. Epic space battles for the fate of humanity take her to the farthest reaches of the galaxy and, in the process, transform not only her, but the entire course of history.