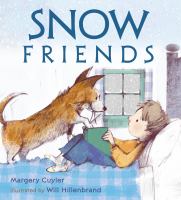 When Oscar's boy is reluctant to take him for an early walk in the snow, Oscar decides to go by himself, and meets a new playmate, Daisy, and her human--and the two dogs enjoy their romp in the snow.