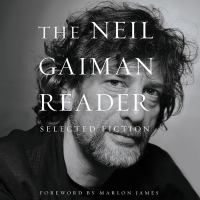 An outstanding array--52 pieces in all--of selected fiction from the multiple-award-winning, #1 New York Times best-selling author Neil Gaiman. The collection was curated by his readers around the world, and introduced with a foreword by Booker Prize-winning author Marlon James.