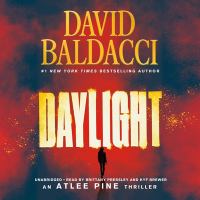 Atlee Pine's twin sister, Mercy, was abducted at the age of six and never seen again. Now, Atlee finally learns the identity of her sister's kidnapper and discovers the truth about what happened to Mercy.