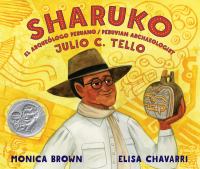 "A picture biography of Julio C. Tello, considered to be the founder of modern Peruvian archaeology, that traces his life from an early interest in Peru's ancient cultures to his rise as the most distinguished Indigenous social scientist of the twentieth century. A map and an afterword with additional information, photograph, and source list are included."--