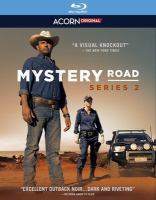 DVD
Scheduled release date: January 5, 2021.
Aaron Pedersen returns as Det. Jay Swan in this multi-award-winning mystery set in the Australian outback. When a body is found along the coast, Jay teams up with a local constable to investigate. Facing obstruction from an archaeologist working nearby, Jay must expose the web of corruption plaguing the town as the body count rises.