The veil of snows 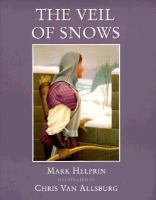 Book
This fantasy is also a political fable in which a reactionary queen tries to turn back the clock. After many years of peace, a queen prepares for the birth of her first child, only to be forced to confront an impending danger, as the Usurper once again threatens her city, while her husband and his army are vanished into the wilderness, in the third volume of a trilogy that began with Swan Lake.