The elephant of Belfast : a novel 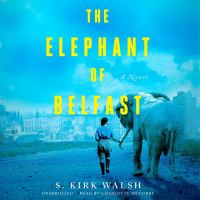 In April 1941, as the German Blitzkrieg rained down 674 bombs on Belfast over five hours, zookeeper Hettie Quin fights to save an elephant, and the two must depend on each other for survival and solace.