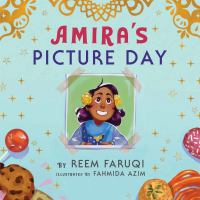 Amira is excited because tomorrow is Eid with special clothes, treats, gifts, and a morning party at her mosque; but then she realizes that she is going to miss class picture day at school, something she was also looking forward to--so Amira has to figure out a way to be in two places at once.