The eagle's claw : a novel of the Battle of Midway 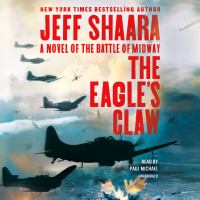 Recounts the Battle of Midway, one of World War II's most pivotal moments, sharing the stories of all ranks and the unique sacrifices each man is compelled to bravely make for the sake of country, freedom, and honor.