The forest of vanishing stars 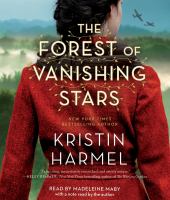 Raised in the unforgiving wilderness of eastern Europe after being kidnapped, a young German woman, in 1941, vows to teach a group of Jews fleeing the Nazi terror how to survive in the forest until she is betrayed as her past and present collide.