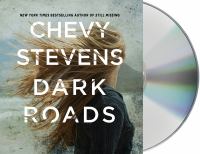 For decades, people have been warned about the Cold Creek Highway. Hitchhikers have vanished along it over the years, and women have been known to have their cars break down and never be seen again. When Hailey McBride decides to run away from an unbearable living situation, she counts on people thinking that she was the victim of the killer. One year later, Beth Chevalier arrives in Cold Creek to attend a memorial for the victims of the highway, one being her sister, Amber, who was murdered the previous summer. Beth has quit university, is lying to her parents, and popping pills like Tic Tacs. Maybe this will finally bring her peace. When she gets a job at a local diner where Amber once worked, she connects with people who knew her sister. Beth wants to find who killed her sister and put her own life back together, but as she gets closer to the truth, she learns that there is more than one person lying in Cold Creek.