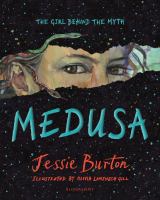 Book
Exiled to a far-flung island, Medusa has little company except for the snakes adorning her head instead of hair until a beautiful boy named Perseus arrives, distrupting her lonely existence and unleashing desire, love, and betrayal.