How to build a human : in seven evolutionary steps 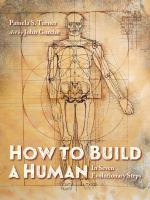 Book
"A celebrated science writer draws upon the most recent discoveries in paleoarchaeology and evolutionary biology to present the seven most important steps leading to Homo sapiens."--