The club : a novel 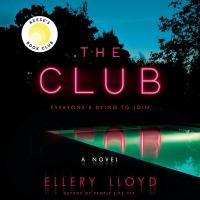 The Home Group is a glamorous collection of celebrity members' clubs dotted across the globe, where the rich and famous can party hard and then crash out in its five-star suites, far from the prying eyes of fans and the media. The most spectacular of all is Island Home--a closely-guarded, ultraluxurious resort, just off the English coast--and its three-day launch party is easily the most coveted A-list invite of the decade. But behind the scenes, tensions are at the breaking point. As tempers fray and behavior worsens, as things get more sinister by the hour and the body count piles up, some of Island Home's members will begin to wish they'd never made the guest list.