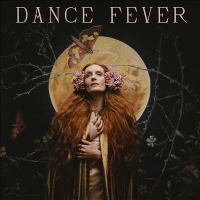 CD Music recording
Florence is at the peak of her powers, coming into a fully realized self-knowledge, poking fun at her own self-created persona, playing with ideas of identity, masculine and feminine, celebratory, stepping into her place in the iconic pantheon.