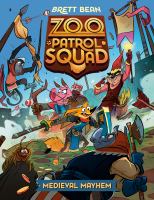 The Renaissance Faire comes to the zoo, distracting the inhabitants--as well as Penny the Pig and Fennlock Fox--long enough to allow thieves to empty the zoo's safe and steal the deed to the zoo.