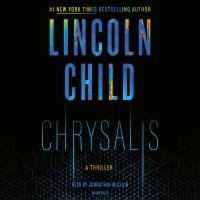 "Like millions of people around the world, Jeremy Logan (famed enigmalogist or investigator of unexplained things) has grown to rely on his incredible new tech device: a slim, wearable unit called the Venture. Made by Chrysalis, the global multi-billion-dollar tech company, this small optical device connects people in a stunning new way, tapping into virtual reality for the first time on a wide scale. When Logan is summoned by Chrysalis to investigate a disturbing anomaly in the product's visionary, next-gen rollout, he is awed bythe true scope of the massive company. . .Logan also quickly realizes that something in Chrysalis's new technology is very wrong, and could be potentially devastating."--Container.