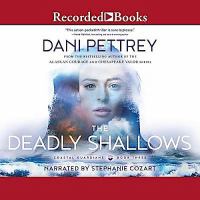 CGIS Agent Noah Rowley is rocked to the core when he learns of a mass shooting raging on his Coast Guard base. Coast Guard flight medic Brooke Kesler evacuates the scene of the shooting in a helicopter carrying the only surviving gunman. Gravely wounded, the man whispers mysterious information to Brooke that immediately paints a target on her back. As Brooke and Noah race to uncover answers, emotions between them ignite. Noah struggles to protect Brooke at all costs and to conceal the secret that prevents him from becoming what he longs to be, the right man for her.