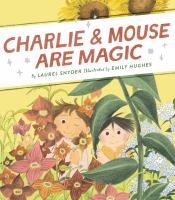 Book
A boy named Mouse is mixing up a magic potion: put a drop on your nose and make a wish--and in these four stories Mouse, his brother Charlie, and their father find out if the magic potion works and their wishes come true.