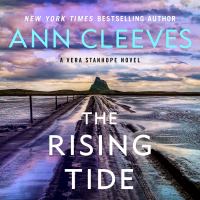 For fifty years a group of friends have been meeting regularly for reunions on Holy Island, celebrating the school trip where they met, and the friend that they lost to the rising causeway tide five years later. Now, when one of them is found hanged, Vera is called in. Learning that the dead man had recently been fired after misconduct allegations, Vera knows she must discover what the friends are hiding, and whether the events of many years before could have led to murder then, and now. But with the tide rising, secrets long hidden are finding their way to the surface, and Vera and the team may find themselves in more danger than they could have believed possible.