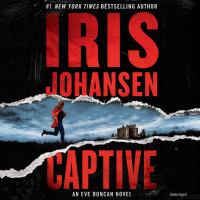 "[Follows from Eve Duncan book 26, The Persuasion] Jane MacGuire is enjoying a period of domestic bliss as she focuses on her art and her partner Seth Caleb uses his unique abilities as an agent for the MI6 intelligence service. But when Seth crosses crime lord Hugh Bohdan, he incurs the wrath of one of the world?s most powerful criminal empires?one whose tentacles reach across the globe and even to the idyllic Scottish retreat where Jane is working. Soon Jane is on the run, struggling to stay one step ahead of Bohdan?s army and his devastating high-tech weaponry. Even with the assistance of Earl John MacDuff, she finds danger at every turn. But with that peril comes an astonishing discovery: a 200-year-old secret on the brink of becoming lost to history. Jane and Seth must join forces to unlock the fascinating puzzle, even as they hurtle toward a lethal final confrontation in the Highlands. But before their adventure is over, Jane and Seth will encounter their biggest shock of all?and realize nothing can be the same for them ever again."--Container.