How to teach your cat a trick 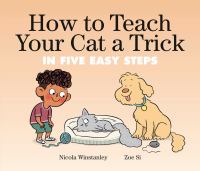 Book
In this hilarious and clever follow-up to How to Give Your Cat a Bath, a boy, a dog and a know-it-all narrator are thwarted by a cat who refuses to learn a trick.