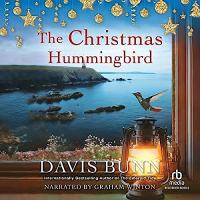 Ryan Eames is a policewoman and single mother dedicated most of all to her lonely, uniquely gifted son. Stretched thin by double shifts and grappling with an out-of-season coastal wildfire, Christmas cheer feels as far away as a distant carol on a winter night. Until duty draws her into the life of a stranger.