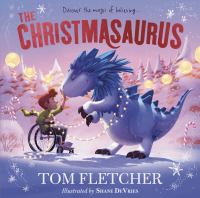 After Santa Claus accidentally gives a young boy, William Trundle, a frozen dinosaur egg which soon hatches, William is overjoyed, since he has always wanted a dinosaur for Christmas, but the evil Hunter hears about the gift and decides to steal the dinosaur for his collection.