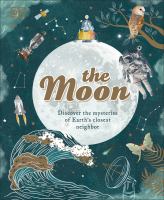 Featuring up-to-date images from space agencies such as NASA and ESA, this incredible introduction to the moon--past, present and future--covers the entire subject in fascinating detail, from the moon's formation and geography to its effects on Earth's tides and nocturnal animals.