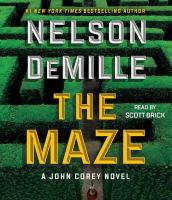 Detective John Corey has been forced into retirement, but he's restless and looking for action. So when his former lover, Detective Beth Penrose, appears with a job offer, Corey has some decisions to make. He takes the job and finds himself on a dangerous hunt for an apparent serial killer who has murdered at least nine prostitutes and hidden their bodies in the thick undergrowth on a lonely stretch of beach. As Corey digs deeper into this case, which has made national news, he comes to suspect that the failure of the local police to solve this sensational case may not be a result of their inexperience and incompetence, it may be something more sinister.