Those who helped us : assisting Japanese Americans during the war 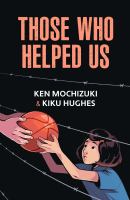 In this blend of fiction and nonfiction, two young Japanese American sisters try to make sense of a world where their government imprisons them in World War II concentration camps while some of their friends and neighbors come to their aid.