Welcome to the island 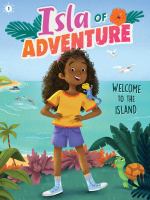 Book
Eight-year-old Isla Verde loves living on the ever-adventurous island of Sol with her best friend, a gecko named Fitz, but when a new girl moves next door, Isla has a hard time keeping her big secret--that she can talk to animals!