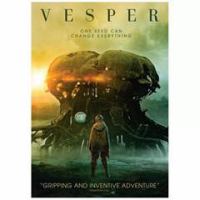 DVD
Scheduled release date: January 10, 2023.
After the collapse of Earth's ecosystem, Vesper, a thirteen-year-old girl struggling to survive with her paralyzed father, meets a woman with a secret who will force her to use her wits, strengths, and biohacking abilities to fight for the possibility of having a future.