Without a trace : a novel 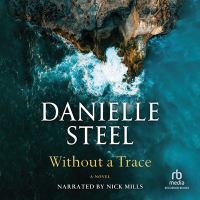 Charles Vincent falls asleep at the wheel and veers off a cliff along the Normandy coast. He lives, nursed back to health by Aude Saint-Martin, who lives nearby, and he yearns to ditch his old life and start over with her. But she has secrets of her own.