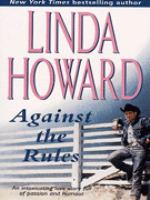 Book
After losing a battle of wills with Rule Jackson, Cathryn returns determined to come out on top as Rule's new boss, and sparks fly.