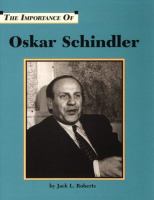 Book
Examines the life of the German who saved more than 1,000 Jews from death during World War II.